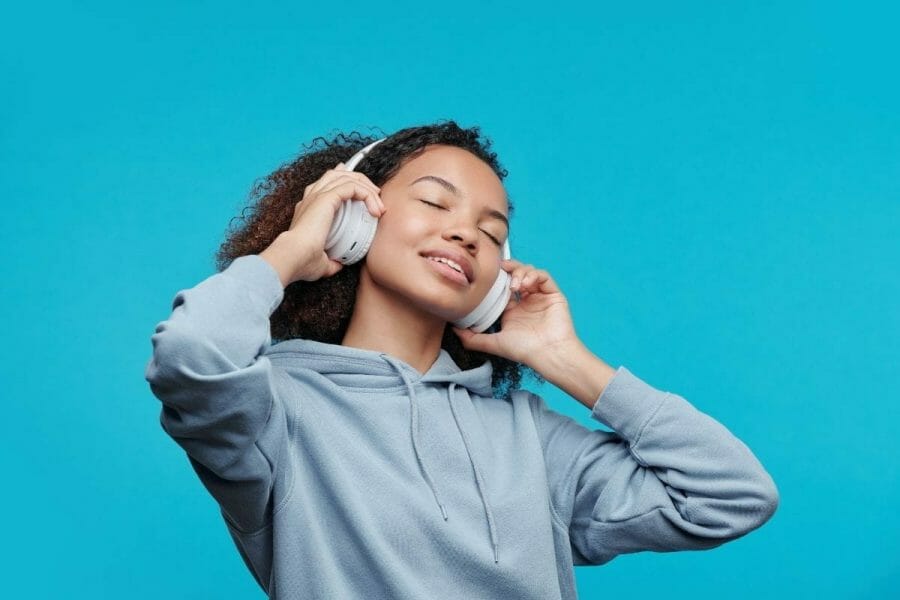 One of the most popular and acclaimed artists of his generation, Frank Ocean is known for his unique blend of R&B and hip-hop. Born in New Orleans, Ocean began his musical career as a member of the hip-hop collective Odd Future. He released his debut mixtape, Nostalgia, Ultra, in 2011 to critical acclaim. The following year, he released his first studio album, Channel Orange, which earned him a Grammy Award for Best Urban Contemporary Album.

Since then, Ocean has released two more critically acclaimed albums: Blonde (2016) and Endless (2016). He has also collaborated with a number of high-profile artists, including Beyoncé, Jay-Z, and Kanye West. In addition to his musical achievements, Ocean is also outspoken about social issues like race and sexuality. In this article we’ll take a look at the best Frank Ocean songs and some honorable mentions. Stay tuned and discover some great music with us!

With his emotionally honest lyrics and innovative sonic palette, Frank Ocean has cemented his place as one of the most inventive and influential artists of his generation. In a genre often defined by machismo and bravado, Ocean offers a refreshingly intimate and introspective perspective.

Whether it’s his heart-wrenching ballads or his playful experimentalism, there is something uniquely captivating about Frank Ocean’s music that continues to draw listeners in. While Frank Ocean’s discography is full of amazing songs, there are a few that seem to stand out above the rest. Here is our pick of top 10 best Frank Ocean songs:

Frank Ocean’s “Thinking Bout You” is a heart-wrenching ballad about the pain of unrequited love. The song’s narrator is consumed by thoughts of his former lover, and he longs for the days when they were together. Although the relationship is over, the narrator can’t help but wonder what could have been. The lyrics are simple, but they are powerfully emotive, and Frank Ocean’s haunting voice brings them to life.

“Thinking Bout You” is a beautiful and bittersweet song that perfectly captures the agony of unrequited love, and the production on the track is gorgeous. As a result, the song serves as a reminder that even though breakups can be painful, they can also lead to growth and understanding. Ultimately, “Thinking Bout You” is a moving and insightful reflection on the power of love.

Frank Ocean’s Pyramids is a sprawling, ambitious song that draws on a variety of influences, from R&B to classic rock. The song has a feeling of grandeur and scale, and its complex structure reflects Ocean’s own journey towards self-discovery. The first half of the song is dominated by a slow, sensual groove, over which Ocean sings about desire and decadence. This gives way to a breakdown in which Ocean’s voice is pitted against a wall of sound, before the song finally explodes into a massive chorus.

“Pyramids” is one of the stand-out tracks from Channel Orange. The song is an epic nine-minute journey that takes the listener through a variety of emotions. It is a bold and daring track that showcases Ocean’s unique talents as a singer, songwriter, and producer – a mesmerizing piece of music that feels both timeless and completely of the moment.

“Novacane” is the lead single from Frank Ocean’s debut mixtape, Nostalgia, Ultra. It is a slow-tempo R&B song with minimalist production. The song’s lyrics describe a one-night stand with a dental student who numbs Ocean’s pain with Novocaine. Critics praised the song for its atmospheric sound and Frank Ocean’s vocals.

The song paints a picture of a woman who is haunted by her past and struggling to make ends meet. Although she tries to numb herself with Novocaine, she can’t escape the reality of her situation.

Pink Matter is a song by American singer-songwriter Frank Ocean, from his debut studio album Channel Orange. The song features guest vocals from fellow Odd Future member André 3000, and the beat has been described as “laid-back” and “jazzy.” The title refers to the fact that the brain is mostly composed of gray matter, but it also contains small amounts of other colors, including pink. 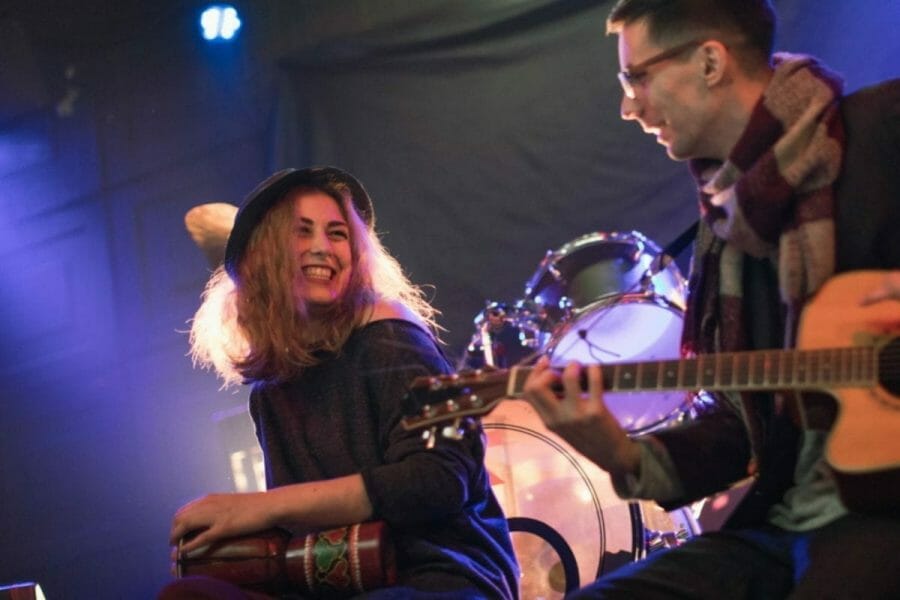 The song received critical acclaim from music critics, who praised Frank Ocean’s lyrical prowess and André 3000’s verse. Many also praised the song’s production, which incorporates elements of R&B, funk, and hip hop. The song is ultimately a celebration of the female brain and its unique power.

“Nikes” is the lead single from the album Blonde. The song is a haunting ballad about materialism and the dangers of chasing after things that don’t last. Ocean’s lyrics are incredibly powerful, and the production on the track is gorgeous. With introspective and reflective lyrics, the song is an atmospheric and emotive track that showcases Ocean’s incredible vocal range.

“Nikes” is a stunning return from one of R&B’s most exciting and innovative artists, and it sets the tone for what promises to be a very special album.

“Nature Feels” is a beautiful ode to the joys of outdoor lovemaking, and it’s sure to resonate with anyone who has ever experienced the pleasure of connecting with another person in nature. The result is a track that is both sensual and sentimental, providing a soundtrack for those who want to experience all that nature has to offer.

Frank Ocean’s “Pink + White” is a gorgeous, soulful track that features some of the best production work from Pharrell Williams. The song also features uncredited backing vocals from Beyoncé, which adds an extra layer of beauty to the already stunning track. “Pink + White” is a perfect example of what can happen when extremely talented artists come together and create something special. The result is a truly stunning song that will leave you feeling inspired and moved.

It’s the kind of song that makes you want to get up and dance, or at least tap your feet along with the beat. That’s precisely what makes it such a great choice for any occasion – whether you’re getting ready for a night out or just need a pick-me-up during a tough day. So if you’re looking for a feel-good track to add to your playlist, be sure to give “Pink + White” a listen.

Frank Ocean’s song “Bad Religion” is a powerful and vulnerable exploration of love, faith, and mental health. The song’s narrator is in the backseat of a cab, and he uses the space and anonymity to open up about his feelings in a way that feels both raw and cathartic. He starts by confessing his love for someone who doesn’t love him back, and this sets the tone for the rest of the song.

“Bad Religion” is a beautifully written and performed song that speaks to the pain of unrequited love. The lyrics are incredibly relatable and the vocal performance is stunning.

Frank Ocean’s “Self Control” is a moving ballad about the difficulty of resisting temptation. The song features Frank’s gorgeous voice at its center, as he describes two individuals who have apparently moved on from their romance. However, they find themselves continually drawn back to each other, and their goal is to refrain from getting intimate with one another.

The lyrics are frank and honest, exploring the complicated emotions that come with trying to resist someone you still care for. The song builds to a powerful climax, as Frank’s voice soars over a beautiful backing track. It’s a stunning performance, and one that perfectly captures the feeling of struggling to keep your feelings in check.

Frank Ocean’s “Nights” is a beautiful and introspective track that provides a glimpse into the singer’s life and thoughts. The lyrics are both personal and relatable, giving listeners a window into Frank’s soul. The production is minimalistic, with ethereal instrumentals that lend an air of mystery to the song. “Nights” is the perfect track for a late night drive or a moment of reflection, and it is sure to leave a lasting impression on those who hear it. 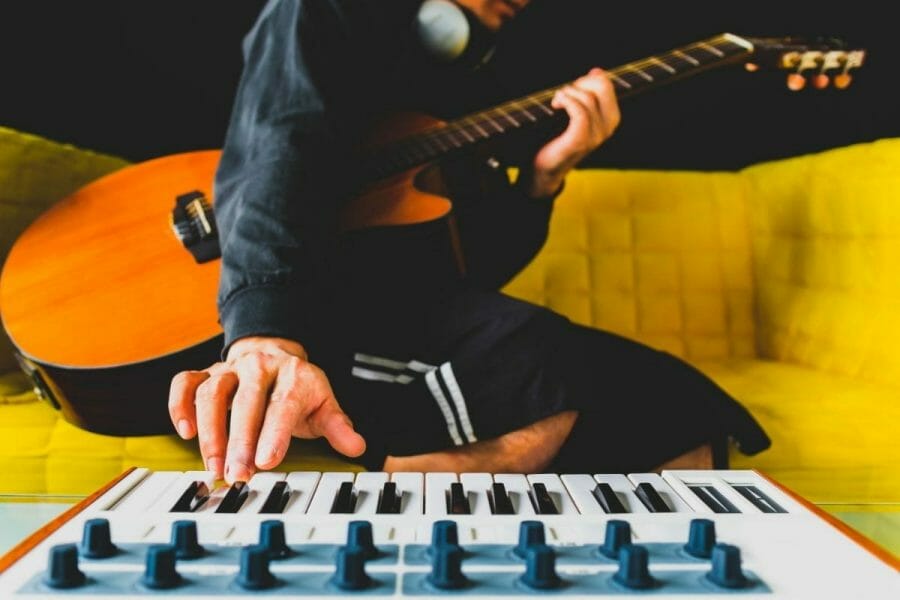 The song is divided into two main parts, each with its own distinct sound and meaning. The first part of the song is rap-heavy, with pitched up electric guitar riffs providing the melody. This section reflects the exhilaration and energy of drug use, as well as the false sense of happiness that comes with it. In contrast, the second part of the song is much slower and somber, reflecting the reality of a drug crash. This dichotomy between the two parts of the song creates a powerful and emotive listening experience.

It’s hard to narrow down the best Frank Ocean songs only to 10, so here are some honorable mentions:

Frank Ocean’s “White Ferrari” is a beautiful and haunting song that seems to be about the singer’s yearning for connection and intimacy. The white Ferrari represents the relationship’s purity and innocence. He remembers all of the happy moments they shared together, but he also acknowledges that it eventually ended. The song is both sad and nostalgic, but ultimately it is a beautiful tribute to a past love.

“Crack Rock” by Frank Ocean is a song that tells the story of drug addiction and its effects on an individual and their relationships. As the song progresses, the narrator describes how the addict’s addiction begins to tear apart their life. “Crack Rock” is a powerful and moving song about the destructive power of drugs, and it is one of Frank Ocean’s best tracks.

Frank Ocean’s song “Provider” is a haunting and beautiful ballad that speaks to the difficulties of life and love. The lyrics are sparse but powerful, hinting at the pain and darkness that can lurk beneath the surface of even the happiest moments. The song’s emotional impact is amplified by its ethereal production, which features delicate piano chords and Frank Ocean’s soaring vocal performance.

Frank Ocean’s track “Biking” featuring Jay Z and Tyler, The Creator is a smooth, soulful ride. It is a complex and layered song that employs the bicycle as a metaphor in a variety of ways. Each of the featured artists draws on each other’s verses to bring this track together.

You either love it or hate it — the chaotic and asymmetric experimental song “Pretty Sweet” by Frank Ocean is full of twists that keep you on your toes. Like all great art, “Pretty Sweet” rewards repeated listening, revealing new layers of meaning with each spin. Whether you’re a fan of Frank Ocean or not, there’s no denying that this is a truly unique and innovative track.

Frank Ocean is one of the most unique and talented artists of our generation. His music is often described as being “genre-bending,” blending elements of R&B, hip hop, and soul into something that is entirely his own. Ocean’s lyrics are equally as compelling as his music, exploring themes of love, loss, and identity with honesty and vulnerability. He has been praised for his willingness to experiment with both his sound and his lyrics, and he has continued to evolve as an artist with each new release.

Frank Ocean is an artist who truly stands out from the crowd, and he is someone who we will be talking about for years to come. Ocean has displayed a truly unparalleled level of artistry, crafting songs that are both intensely personal and universally relatable. We hope you enjoy our list of the top 10 best Frank Ocean songs, and we encourage you to check out more of our music recommendations. Thanks for reading!