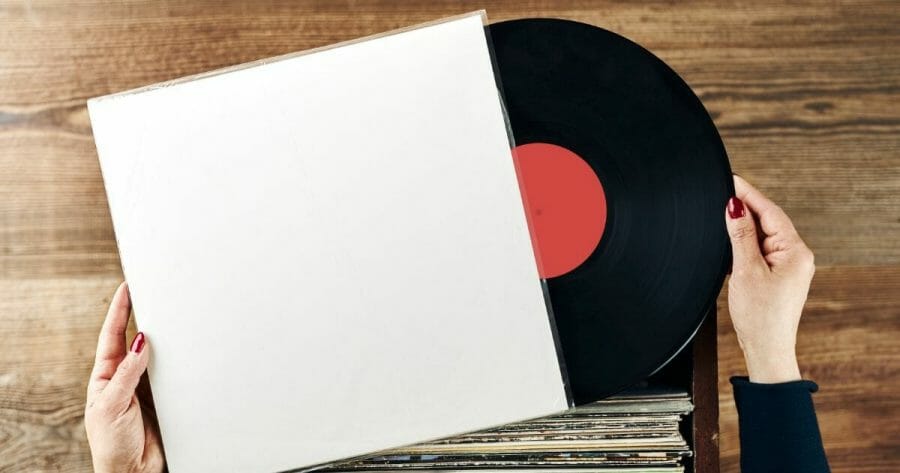 Soul music finds its roots in African American gospel singing. It encapsulates the feeling of African Americans in the United States. This music puts an emphasis on vocals, and it closely resembles R&B (Rhythm & Blues) music.

Some phenomenal classics define the true meaning of ‘soul’. Indeed, the memorable classics do manage to keep the soul alive in the music industry!

Here, we have listed our top 15 soul albums. We hope you enjoy them!

Otis Blue/Otis Redding Sings Soul is our top pick for soul music albums. The album houses some of the finestOtis Redding songs in one place. It touches the chords of your soul, tearing it apart, while still filling the heart with immense joy. Over half a century old, the sounds are still as relevant today as they were the day they were written.

The first song is an extremely slow ballad called ‘Ole Man Trouble’. Redding is in torment, yet when he feels bad, the listener feels better. That is a major characteristic of the album.

Sam Cooke died a few months before the album was made. He transforms The Temptations’ hit ‘My Girl’ and sings The Rolling Stones’ ‘(I Can’t Get No) Satisfaction’ into a piece of beautiful soul music. The album ends with William Bell’s ‘You Don’t Miss Your Water’.

2. Stevie Wonder- ‘Songs in the Key Of Life’

This is Stevie Wonder’s most ambitious collection of songs, ‘Songs in the Key Of Life’ is arguably the best work of Steve’s career. The album demonstrates the musician’s true caliber, with an outstanding collection of a double album, as well as hit singles.

The songs are composed such that they compromise a myriad of topics that come to mind. This is a multilayered work of creativity with slow, gratifying numbers that truly change you as you immerse yourself into the melodies of the album.

The music exudes a boundless array of emotions where you want to walk the Earth humming the melodies and at the same time feel the need to change the world completely. Indeed masterpiece instrumental tracks with some great vocals to support them. I bet you will keep listening to the album on repeat.

Talking Book is yet another exemplary work by Steve Wonder. Thiis 10-track album spans 43 minutes. A creative album by Wonder, this album is trendy, cool, and very creative. Between the cool, trendy tracks, there are incredibly moving ballads..

He depicts relationships in a very touching manner. This album provides this listener with an enjoyable listening experience, and the vocals are very well-coordinated with the instrumentation.

The lyrics are great, and Wonder’s vocals are amazing. The songs have trending and funky instrumentation of the drums and clarinet riffs. The icing on the cake is the spectacular horns section in the chorus. You will start grooving as soon as you start listening to this song. The star of the album remains Wonder, with his stunning vocals, brimming with energy and soul.

This is the famous album that James Brown performed live at the famous Apollo Hall in 1962. James Brown & the Famous Flames, his band, delivered many hit numbers.

The famous Apollo Hall live performance puts the musician and the hall on the pathway to success and popularity. This kind of live album was one of the first “concept” albums. The perfectly recorded Live at Apollo was perhaps the best work ever heard from James Brown. All songs were performed just as well, often much better than the originals.

The live performance starts with a spectacular introduction, followed by songs that follow with some masterpiece transitions, where the band performs the songs with minimalism and passion. The breathtaking ‘Lost Someone’ was the high point of this live performance.

Aretha Franklin is one of the best female soul singers in history. ‘I Never Loved A Man The Way I Love You’ was her first album for Atlantic. This is an album that could lift you to the highest point of emotion, and at the same time, throw you into a deep sea of feelings, leaving you breathless with (lady) soul.

It was the singer’s tenth studio album released on March 10, 1967, by Atlantic Records. This album was Franklin’s first release under her contract with the label, following her departure fromColumbia Records after nine unsuccessful albums. This marked a commercial breakthrough for her, becoming her first top 10 album in the United States, reaching number 2 on the Billboard 200.

Solomon Burke’s iconic album was named after him when he was crowned “The King Of Rock And Soul” in 1964 by a radio DJ. Burke. He was in his prime in the first half of the 60s, and well known for his prodigious output. This American singer shaped the concept ofrhythm and blues as one of the founding fathers of soul music in the 1960s. In November 1960, Solomon signed a contract with Atlantic Records.

Solomon Burke performed his best in his 60s . He was a splendid musician with a Southerner’s singing voice and a North Easterner’s eye. Burke cut numerous great records in his career, including the magical Rock ’n Soul. This album has seven hit singles, placing it among the best soul albums of the 60s. Solomon’s album has mixed songs of slow, country, and city.

This album includes the slow ballad ‘Goodbye Baby (Baby Goodbye)’ and the number ‘He’ll Have To Go’. Other legendary numbers included ‘Cry To Me’, the super simple yet soothing number ‘If You Need Me’, and Woody Guthrie’s ‘Hard, Ain’t It Hard’, with a mildly Latin touch.

Al Green’s Greatest Hits was released in 1975. In 2003, the album was ranked number 52 on Rolling Stone magazine’s list of top 500 albums of all time, and it maintained the rating in a 2012 revised list. This all-time favorite album is a masterpiece.

Every song is a classic, and this album is just the right length. Some favorites of the tracks include ‘Tired of Being Alone’, ‘Call Me’, ‘I’m Still in Love With You’, ‘Love and Happiness’, ‘Let’s Stay Together’, and ‘You Ought to Be with Me’.

The legend is now known as The Reverend Al Green. He has released 29 albums over time, and his fans love hearing his soulful tunes.

American singer and songwriter Marvin Gaye was also known as the “Prince of Soul”. Released in the 1970s, ‘What’s Going On’ won Marvin Gaye. Though a supremely talented singer, he was singing other people’s material despite his outstanding skills. His personal life suffered several setbacks at the end of the decade. He helped to shape the sound of Motown in the 1960s, earning him a string of successes.

After an introspective period, he released his all-time classic album ‘What’s Going on’ after pulling himself from drug use. It comprised funky and advanced Motown folk (Four Tops’ Obie Benson co-wrote the title song, ‘Save The Children’ and ‘Wholy Holy’).

The music was looser and jazzier than the company’s standard songs. Amidst all the doubts, Gaye’s Inner City Blues struck chords with his generation’s soul people. Since then, the album has become timeless. The songs sound perfect and periodically appear on “best album” lists, soul or otherwise.

Nina Simone is an American singer, songwriter, and pianist, who performed in versatile styles including classical, folk, gospel, blues, jazz, R&B, and pop. Wild is the Wind, one of the best albums period, is the sixth studio album by Nina Simone. From ‘Why Keep On Breaking My Heart’ to the despair of ‘Either Way I Lose’, this album is filled with absolute classics that blend into one album perfectly.

While just one of these songs is a Simone original, her vocal performance is extraordinary, making each song sound her own. ‘Four Woman’ is the original that was released as a single, a piece that holds relevance even in the present day.

In her song from the album ‘Black Is the Color of My True Love’s Hair’ that appeared on Wild Is The Wind, Simone had minimal accompaniment with her playing the piano and a bass drone. The song sounds were minimal and turned out exceptionally beautiful.

Etta James was a popular American rhythm-and-blues musician who went on to become a successfulballad singer. Her group’ssong ‘Roll with Me Henry’’ was an instant success in 1954, but it was retitled “The Wallflower”. The lyrics and title were changed to “Dance with Me, Henry” for singer Georgia Gibbs’s 1955 rendition, which reached number one on the charts.

After signing (1960) with the American Record Company Chess Records, James broke all records with her debut album “At Last”. She also recorded classic songs that were a mix of sad and happy songs, such as “All I Could Do Was Cry,” “Trust in Me,” and “Something’s Got a Hold on Me.” In 1967 she hit the charts again with the soul-stirring song “Tell Mama”.

The Rock and Roll Hall of Fame called her “one of the greatest voices of her century” and says she is “forever the matriarch of blues”. Her songs are still performed by artists all over the world.

Often described as the greatest storyteller of blues and soul music, Bobby “Blue” Bland, was an American blues singer. His album Members Only on Malaco reached number 45 on Billboard’s R&B albums chart, and the title track reached number 54 for R&B singles.

Bland created an aura of love, betrayal, and resignation. His music was set against roiling, dramatic orchestrations, leaving the listener mesmerized and awed.

He was sometimes referred to as the “Lion of the Blues” and as the “Sinatra of the Blues”. His music heavily was influenced by Nat King Cole.

Bland won many accolades to his name. He was inducted into the Blues Hall of Fame in 1981, the Rock and Roll Hall of Fame in 1992, and the Memphis Music Hall of Fame in 2012. He was also the proud recipient of the Grammy Lifetime Achievement Award in 1997. His last record to reach the top position on the R&B chart was “That’s the Way Love Is” in 1963.

Betty Wright’s super romantic album I Love The Way You Love is a divine melody by a woman whose knowledge of the world and music make her look much more mature than her 19 years.

A winner all the way, ‘I Love The Way You Love’ is a soulful, memorable album to the core that will be remembered through generations.

An American singer, actor, songwriter, and composer, Isaac Hayes served as an in-house songwriter and as a session musician and record producer with the Southern Soul music label Stax Records during the mid-1960s.

“Soul Man“, written by Hayes and Porter and first performed by Sam & Dave, was recognized as one of the most influential songs of the past 50 years by the Grammy Hall of Fame. It was also honored by The Rock and Roll Hall of Fame, by Rolling Stone magazine, and received many musical honors.

This was a list of our all-time favorite Soul albums and musicians whose names have gone down in history. These soul albums have a charm of their own. While the music genre song is tailored for everyone, soul music will be celebrated by generations to come.