Menu
Johnny Taylor Greatest Hits: 10 of the Best Songs to Listen to 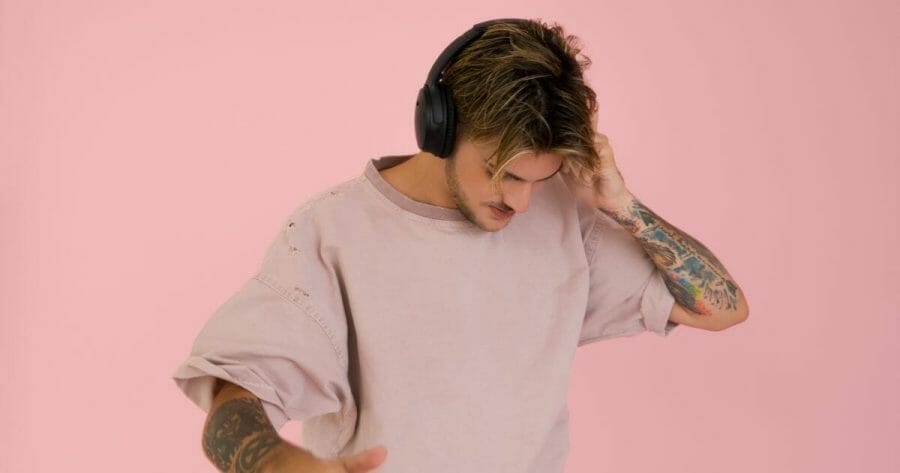 Known as the Philosopher of Soul, Johnny Taylor has earmarked the course of musical history with his pure voice. From rhythmic blues, R&B and soul to rocking disco, pop, and doo-wop, the American singer and songwriter has done it all.

As an ode to his grand legacy, Johnny Taylor was recently inducted into the prestigious Blues Hall of Fame and has been the face of many awards and nominations. To honor his music, we’ve dug deep into the singer’s discography and listed 10 of Johnny Taylor’s greatest hits.

From his formative years, Johnny Taylor has sung the melody of blues and enjoyed fame known as the ‘Blues Wailer.’ He has performed with gospel groups, in studios with Sam Cooke, and written R&B songs that reached the top 5 on the Billboard Hot 100 chart.

In honor of his great efforts, the Rhythm and Blues Foundation gifted Johnny Taylor a Pioneer Award in 1999. That’s not all, the American record producer was inducted into the National Rhythm & Blues Hall of Fame to emphasize his impression of a wide variety of musical genres.

Here is a list of the top 10 smash hits of the soulful Johnny Taylor. Fair warning, they are real tear-jerkers. 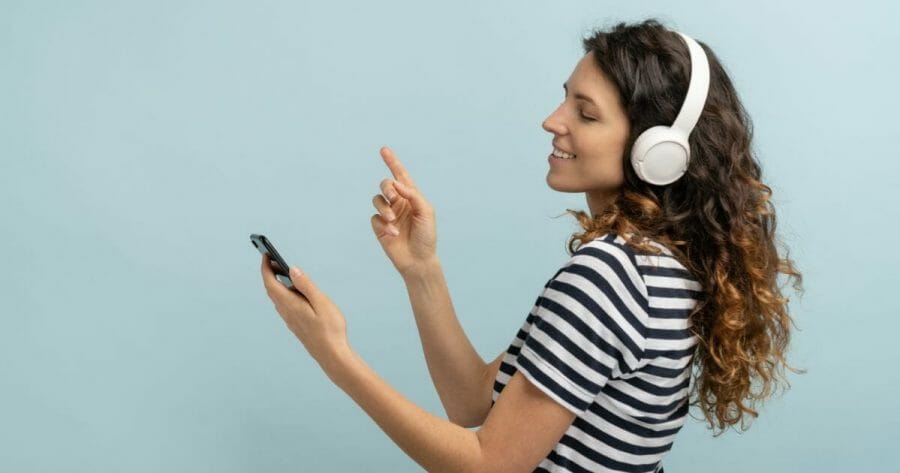 Released in 1976, Disco Lady is Johnny Taylor’s most famous single and the biggest hit. It has notes of disco and characterizes the music under funk.

At the time of its recording, Johnny Taylor had just been laid off from his first recording studio because it went bankrupt. Hauled in by Don Davis, the American singer and songwriter brought out his first song at Columbia Records.

Disco Lady did not only hit number one on the Billboard Hot 100 chart – but it was also the first ever song in history to reach the hot 100 peaks with the word ‘disco’ on it.

Johnny Taylor’s great breakthrough single, the list wouldn’t be complete if the song ‘Who’s Making Love‘ isn’t on there. For a decade, the soulful song was one of his best-selling singles and it was the singer’s push to fame.

Who’s Making Love was produced under the genre of Memphis Soul and it went on to hit number one on the Billboard R&B chart and number five on the Hot 100.

The song did not just grant Johnny Taylor the love of millions, it also inspired other artists to produce cover versions of the song. One of them was released by The Blues Brothers and their cover of the famous single went on to chart number 39 on the U.S Billboard.

#3: Everything’s Out in the Open

Regarded as one of the best R&B songs of his time, Everything’s Out in the Open manages to hit all the right chords and truly defines why Johnny Taylor is known as the Philosopher of Soul.

The smash hit of a single is reported by an audience of millions to be soul music at its best. The American singer has put into perspective the heart-wrenching pain of breaking up with someone special.

The chorus: “Everything’s out in the open, yeah/ And there’s nothing left to hide/ All the vows have been broken/ And I feel the same way inside” defines the grief one feels coming out of a special relationship.

Johnny Taylor has sung many songs under the genre of Blues but the way Everything’s Out in the Open hits the heart is unmatched. This song is a magical starting point for anyone that has yet to listen to classic soul blues.

The Southern soul blues stalwart, Johnny Taylor released Wall to Wall in 1985 and it has stood the test of time against urban contemporary music for its soulful quality.

Millions of listeners review the single as a masterpiece of soul and the definition of Johnny Taylor’s versatile tones. The single has been a part of generations of African-Americans and it has changed the history of music presentation worldwide.

The lyrics: “I was bored one night, tired of sitting around/ Stopped by this funky place, on the soul side of town/ When I went in, I wasn’t planning on staying long/ Was daylight the morning before I went home” characterize exactly how a JT jam session plays out.

#5: Nothing as Beautiful as You

A charming song, Nothing as Beautiful as You by Johnny Taylor is the perfect single to play on a special day with a special someone. Whether it be at a vow renewal ceremony or simply to put a smile on your partner’s face, this song has the exact chords to turn a frown upside down.

From the intro: “I′ve watched the sunrise in the morning/ I’ve seen the grass all covered with dew/ I′ve seen the beauty of a rainbow/ But nothing as beautiful as you.”

The master of blues, Johnny Taylor has managed to capture the art of compliment in Nothing as Beautiful as You. 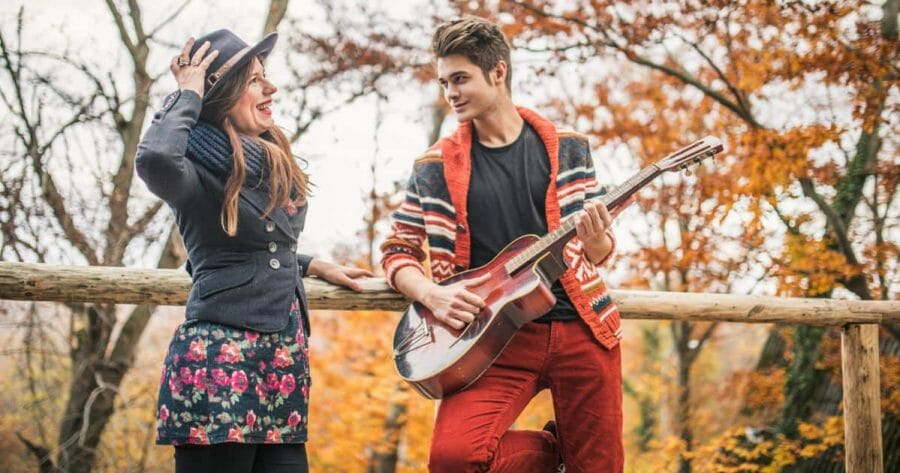 A song for lovers, I Found a Love is a smooth soul song by Johnny Taylor that perfectly enunciates the feeling of being in love. It’s a great selection for weddings, a first dance, or even jamming out on a Monday morning for a quick pick-me-up.

The phrasing: “I wanna say right here, the way the woman walks/ You set my little soul back, the way you talk/ She’s my heart desire and, oh, believe me/ I figured I would die if sometime I would call/ Her in the midnight hour” is the heart’s feeling in words.

One of the last songs to be released by Johnny Taylor, Soul Heaven is the best definition of the legacy the three-time Grammy nominee left behind. It is sweet, emotional, and caring.

The gospel king sings, “Last night I dreamed I was at a concert/ So many people, you had to stand in line/ One night only in Soul Heaven/I didn’t wanna wake up/ I was having such a good time” and every heart aches to be there, in Soul Heaven with the blues soul man.

Another one to compliment the lady in your life, Johnny Taylor’s sweet song has charmed the hearts of many. Lady, My Whole World is You is a masterpiece of love and it shows the true heart of the lady-killing balladeer, Johnny Taylor.

#9: Gotta Get the Groove Back

The Southern Soul Artist emphasized his versatility with musical genres by releasing the funky album Gotta Get the Groove Back. The album managed to reach number one on the Billboard Blues Charts and maintain its position for quite some time.

It featured the famous songwriter Lamar Thomas and together with JT, the album was reviewed to be among the best gospel picks of all time. It also led to Johnny Taylor’s second nomination for a Grammy.

The Stax/Volt phenom released Still Called the Blues and the single quickly became a treasure for its listeners. It has been in the book for generations and is the epitome of nostalgia for many African-American families.

The bridge: “You party on a Saturday/ Go to church on a Sunday/ Fore you leave you recall/ You gotta go back to work on Monday/ Hey, anyway you look at it/ It’s still called the Blues” shows how it’s okay to not be okay.

The lyrics: “People got money/ Still got problems/ Go to the psychiatrist/ Try to solve them” humanises the pleas of the rich and shows how everyone is going through something regardless of their status.

Johnny Taylor, the mastermind behind the genre of soul music, has put words to the heart’s feelings and no one could beat the chart-topping disco king’s blues.

Whether you need a song for a special day or a smooth, soulful song, Johnny Taylor has the greatest hits. Pick any of your favorites from above.