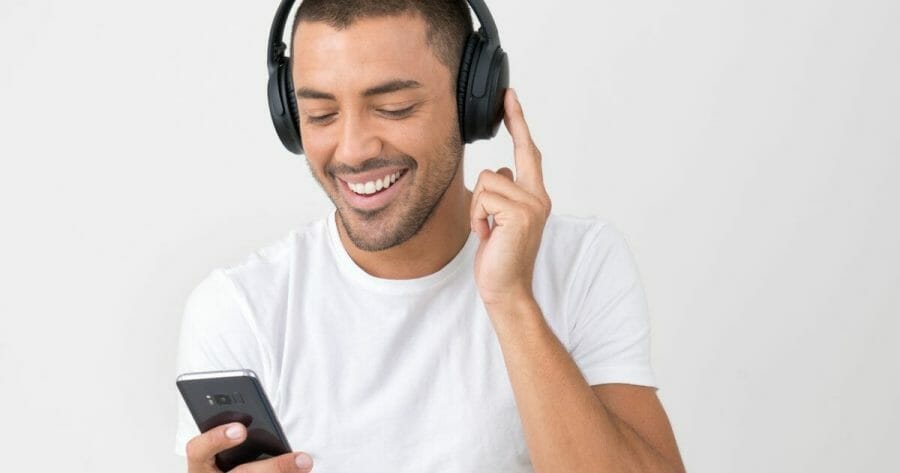 Rush is one of the greatest bands in music history. This Canadian power trio was formed back in 1968. To date, the band’s influence has extended far and wide.

Rush is most popular for their legendary tracks, complex compositions, and multifarious and novel lyrics that are inspired by science fiction, fantasy, Greek literature, and philosophy.

For over four decades, Rush was able to establish itself as unequivocally the best progressive rock band of all time. Each track produced by Rush is an absolute masterpiece – whether it’s a short three-minute track or longer music suits that include intricate instrumentations.

To relive and commemorate this legendary rock band of all time, we are going to give you a list of the top 10 Rush greatest hits of all time.

Top Rush Hits of All Times

Even after many years, Rush is still thought of as rock royalty.

From their remarkable lyrics to beautiful guitar riffs, Rush is still beyond comparable to most rock bands out there. To date, Rush has been able to establish a loyal fan base. Rush was nominated for seven Grammy Awards too!

However, the sad demise of Rush’s legendary drummer and lyricist, Neil Peart, signaled the end of Rush as a rock band. But, this wouldn’t stop people all around from listening to the masterpieces produced by the biggest rock band of all time.

Although every song from the rock band is a masterpiece, we’ve managed to narrow down the list to the top 10 Rush tracks to jam out to.

#1: The Spirit Of The Radio 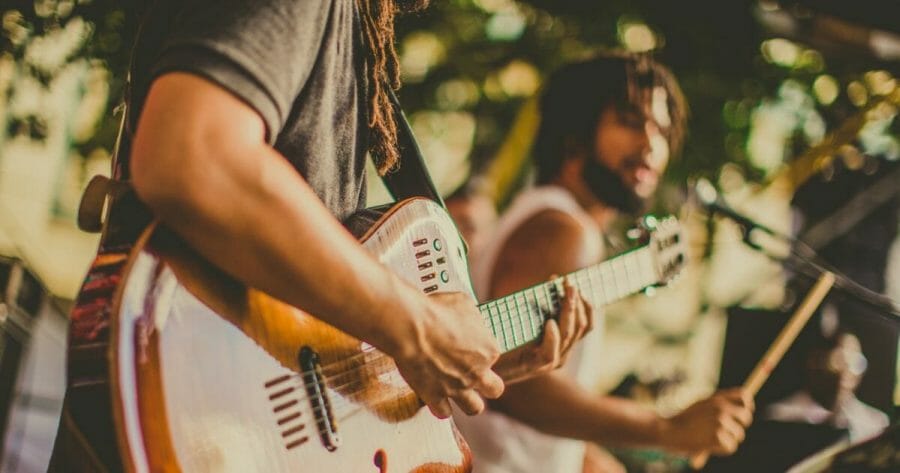 This track is easily Rush’s greatest hit of all time and deserves the top spot on our list.

The Spirit Of The Radio is from Rush’s fourth album, Permanent Waves, which was released back in 1980. This song was one of the greatest hits by this band of all time, and it is easy to see why.

In this track, we get to witness Alex Lifeson’s greatest and most magnificent riffs, which also feature one of his best-ever solos. The endearing guitar work from Alex Lifeson will leave you truly inspired for times to come. Plus, Geddy Lee’s high treble vocals could never have been better.

Let’s not even get started with the lyrics…

“Begin the day with a friendly voice/ a companion, unobtrusive/ play that song that’s so elusive, and the magic music makes your morning mood…”

This is just one of the stupendous alliterations Rush incorporated into their masterpieces, making it one of the best classic songs by Rush.

No wonder The Spirit Of The Radio quickly became a Top 20 UK hit in the 1980s and is still one of the biggest rock songs ever to be recorded!

Limelight is another great hit by Rush, which first appeared on their 1981 album, Moving Pictures. It was written by Neil Peart, and the music was written by Geddy Lee and Alex Lifeson.

Limelight is a remarkable Rush song, and easily one of the favorite songs of many Rush fans out there. Now, the incredible part about this track is that it isn’t only radio-friendly, but also delivers a message that resonates with every listener.

When Rush started getting international recognition, the fame became quite overwhelming for Neil Peart to handle. Neil Peart tried portraying his true feelings regarding fame and getting attention from fans, and how he struggled and faced difficult times while being in the limelight.

However, little did this song benefit Neil or solve his problems in any way. Rather, Limelight quickly became one of the band’s greatest ever hits, which made it even more difficult for introvert Neil Peart to handle this increased fame and limelight.

2112 was released by rush in their 1976 album going by the same name. This song was 20 minutes long and was an Album opener.

But, this time, instead of going for an album with classic rock sounds, Rush was able to blend heavy pop rock with the five standard-length songs on the second side. This song makes us witness Neil Peart’s more adventurous, introspective, and philosophical side.

In short, this 20-minute title track by Rush is nothing less than amazing. This title track opens the eyes of every listener to a new world of alternative music.

Closer to the Heart was composed by Alex Lifeson and Geddy Lee, with lyrics written by Neil Peart and Peter Talbot. This classic track by Rush was released back in 1977 in their fifth studio album, A Farewell to Kings.

If there is anything to be said about this gem, it is that it leaves quite an impression. From its note-worthy acoustic guitar music to its remarkable lyrics, Closer to the Heart is truly a one-of-a-kind alternative rock-pop song.

Before and After is yet another great hit produced by Rush. It was released in their debut and greatest-hits album, back in 1974.

This track is truly a classic, and is most famous for its splendid slow acoustic opening, along with beautiful tines on the guitar.

Subdivisions was released by Rush as a second single from their 1982 album, Signals.

This track by Rush portrays divisions that prevail in each society, and about intolerant and hypercritical individuals when they are constricted to certain groups- all of which are quite common in the suburbs.

Rush’s drummer and lyricist Neil Peart mentioned how this track resonates with the rock band too. According to Neil, this song is “an exploration of the background from which all of us have sprung”. In reality, this is what almost every individual goes through when it comes to fitting in.

If you watch the song’s music video, it’ll give off the feels of the early episodes of Degrassi High. We see an outcast high school boy strolling all alone in the city, while all the other “cool” and “popular” kids his age drive off to a party.

Fun fact: Subdivisions has been a part of this band’s live performances for more than 30 years! 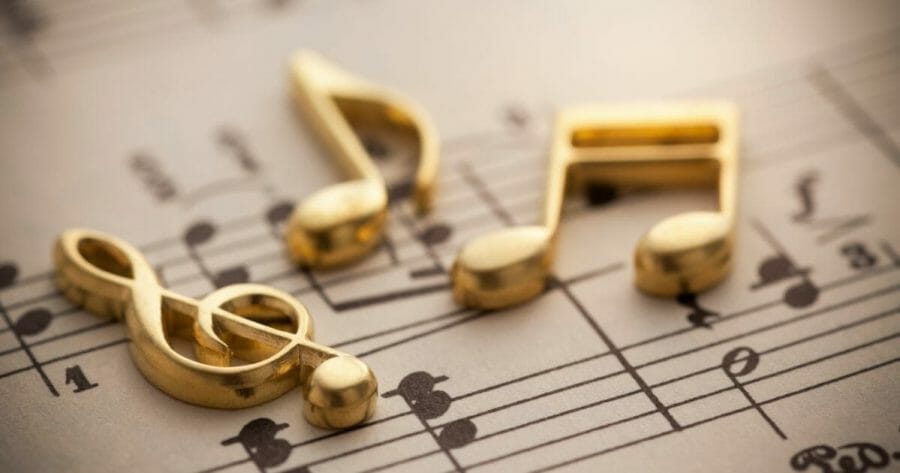 Red Barchetta is another hit song by Rush, which was released in 1981 in their studio album, Moving Pictures.

This classic track took its inspiration from the pages of a 1973 article in a magazine called Road & Track, by the name of A Nice Morning Drive by Richard Foster. This article took Neil Peart’s mind to another time and place.

Red Barchetta is the perfect example to show how Neil Peart’s curious and analytical mind can transcribe everyday day experiences into beautiful music and poetry. The band’s ability to merge their musical adaptation to this story was carefully crafted in a very outstanding manner.

In short, this track tells a story of a time when certain vehicles are prohibited under the ‘Motor Law’.

This amazing track was released by Rush in their 1978 album, Hemispheres.

According to this rock band, the inspiration for this track was just a flash. Neil Peart wondered, “What if trees acted like people?”

Although this song by Rush did not intend to deliver a message to its listeners, unlike their other tracks did, this was still one of the favorite-most songs by Rush fans all around.

Rolling Stone readers voted this track for the 8th spot on the list of 10 best Rush songs too!

La Villa Strangiato was released by Rush in their Hemispheres album in 1978.

Although this track is an instrumental piece, it tells us a story of some nightmares Alex Lifeson has experienced in his life.

Overall, this track is full of fantastic instrumentals, making it one of the most monumental instrumental achievements in progressive rock history.

Last but not the least, Xanadu is another favorite pick when it comes to Rush’s greatest hits of all time.

Xanadu made its debut in Rush’s 1977 album, A Farewell to Kings.

Now that you have your list of Rush’s greatest hits of all time, all you need to do is play these epic tracks, and go for a long drive. You’ll certainly experience what you’ve been missing out on all this time.

So, which Rush track is your personal favorite?

We hope you found this article intriguing and helpful. Stay tuned for more!